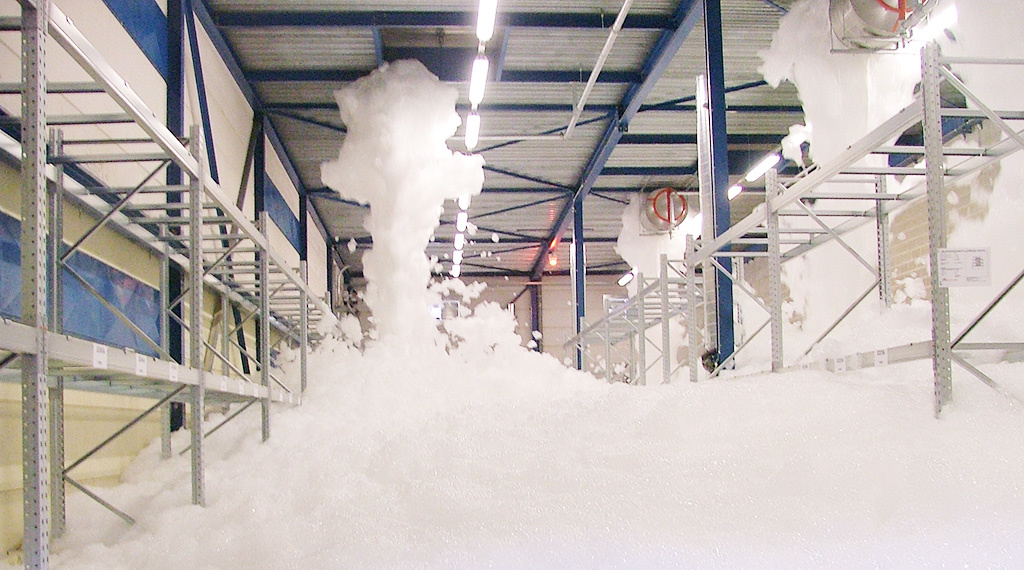 Extinguishing foam can be used for multiple purposes. Repressive: for extinguishing and controlling (large) fires. And preventative: for covering flammable (liquid) substances.

The effect of extinguishing foam is based on one or more of the following principles: 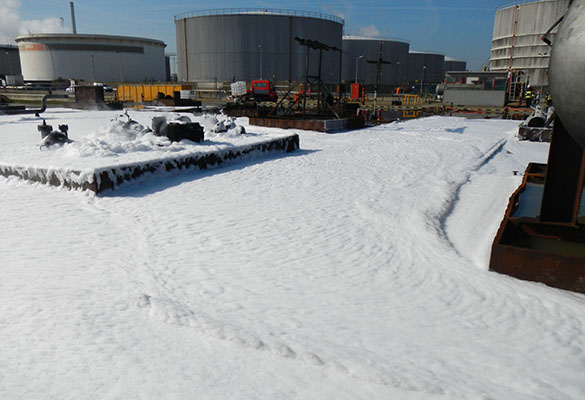 If a foam concentrate can be used with both freshwater and seawater then this is indicated on the label of the packaging or on the data sheet by indicating a double rating, e.g. 1A/1B. Where in this example rating 1A was achieved when applying with fresh water and rating 1B is achieved when applied with salt water.